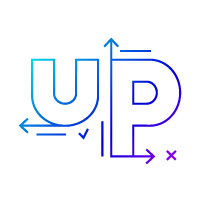 We use digital tools to perform clash detection process in which we identify clashes between building structure elements and other types of 3D objects such as pipes, ducts, cable trays etc. Thanks to our standards and appropriate parameters incorporated to model components, we locate areas and elements where potential technical problems may appear during site works delivery. Early clash detection during design stage allows for implementation of necessary changes, saving time and project costs.

Our methods let us effectively conduct an analysis of the building:

Why is clash detection important?

Clash detection is one of the benefits that come from using BIM in construction projects. Under the phrase “clash detection” hides broadly understood model quality, and quality of design documentation related to the model (yes, currently BIM still requires 2D drawings). One of the good quality design features is a lack or a great reduction of clashes (in construction industry using BIM there is a prevailing view, that there is no model 100% free of clashes). Correctly conducted clash detection will bring greatest benefits form BIM during construction stage, reducing time and costs related to reworks and redesigning works caused by creating new openings in the building structure or ordering new installation parts.

BIM up
your design
Process

BIM up
your design
Process

WHAT ARE THE MOST COMMON SOURCES OF CLASHES AND WHERE TO LOOK FOR THEM?

Clashes, depending on their source, can be divided into two types. The first type is an internal clash of the model. These types of clashes come from inaccuracies and design mistakes in the model space, developed by one designing party. These types of clashes have background in lack of proper data or incorrect data entered in model space. The second type of issues identified during clash detection are clashes between two different models. In this case clashes refer to insufficient interdisciplinary communication, e.g. between structure and MEP designers. A classic example is that of missing openings in vertical construction partitions required for horizontal installation ducts.

For each of above-mentioned problems, the solution can be found with the help of the comprehensive approach to clash detection. A key factor is the proper use of information and parameters, thanks to which it is possible to precisely select elements of the model and conduct necessary clash detection tests.

Our clash detection analysis, besides just the identification, includes possible issues solution guidelines. Based on years of experience during project construction stage, we advise cost effective solution to each particular problem.

Are all BIM clashes relevant during construction?

Clash detection will reveal all clashes in accordance with adopted rules. Even when working with a small model, using very strict clash detection rules can result in hundreds or even thousands of clashes. What to do in such a situation, is each of identified clash a real construction problem? The answer is not straightforward – it depends. Clashes can be separated into a few subcategories, depending on their importance/rank. It is important to distinguish two types of clashes; the “hard clashes” and “soft clashes”. Below we present key factors in the approach to clash detection process.

Hard clashes are geometrical cutting of or overlapping of two elements in model space. They are generally easy to see in the model and straightforward in interpretation. An example of such clash could be a lack of an opening in a reinforced concrete wall for a ventilation duct. In this case, the duct will cut through the wall and clash detection will reveal a problem in this area. The second type of a clash are so called “soft clashes”, which are more difficult to find. They are clashes, which result from additional conditions of the chosen elements in the model, that are not directly related to their geometry. An example of such a clash could be an essential “installation clearance”, for a fire damper in the wall. The opening in the wall matching the size of the damper itself will not create a clash. In the described example, the clash may appear once additional information is implemented in the model, such as minimum requirements for the opening, introduced in the device technical manual. Only after setting proper rules of checking for fire dampers, such test will reveal a clash between described elements. Regardless of the type of clash, interpretation and the decision to report the problem is a task of the person involved in the process of clash detection or should result from the accepted standard. In the first case, experience in design preparation and the BIM at construction stage is necessary. The second case is easier to implement, although it may not always create desired results. The application of guidelines by which the model will be tested at the beginning of the project is rather simple. If we have a guideline for the requirement of detecting clashes with accuracy to within e.g., 1 cm, then these parameters can be introduced into the tool and used to conduct clash detection tests (in this case, searching for clashes can be done by person who only know the testing tool). However, the result of this approach to clash detection process can be different from our expectations. We can be given a report that includes hundreds of issues, which are not all in reality an obstacle during site works. This is an example of ineffective use of construction BIM in practice. What’s the prescription? A solution that combines both approaches should be found.
Please contact us discuss more details.

Although the workload time or cost required to “design in BIM” could be argued over, when it comes to construction BIM benefits, the limitation of clashes or design mistakes need not be elaborated on – it’s obvious. To answer the question of what range of savings is provided by clash detection, we can use US market data (unfortunately, gathering data from the Polish market is still problematic). According to analyses conducted by Stanford University, savings related to the reductions of clashes could reach up to 10% of the project budget*.

DO YOU HAVE ANY QUESTIONS?
Are you wondering if BIM is for you?